Movies Based On Humans And Robot

The Telugu industry is known for its extravagant and flamboyant nature and its vibrant collection of films. With massive budgets, performances, and production value, each film can be considered an opus in its own right. The Telugu film industry has made a significant contribution to Indian cinema.

Sci-fi films are known for their cinematography, artificial computer graphics, and a huge budget to amass the artificial world’s picture frames. The pandemic helped increase the audience for series and online films; with more time in hand, people could enjoy old and new films that broke from conventional storylines and plots.

While the pandemic helped boost the number of films that aired on OTT Platforms. Each film was new and unique and helped intriguing audiences from various sections. Produced by writers who enjoyed the creative freedom given to them by the OTT platforms, the content generated helped garner views from a rather dormant audience such as the youth. If you are a regional movie fanatic or enjoy Telugu movies, watch movies online, OTT platforms help you enjoy HD and all ad-free films.

A comparatively new streaming platform, AHA streamed a list of web series and films in Telugu and dubbed in Telugu. With just one subscription away from being amazed by the infamous works from Tollywood and even from viewing the new trends, directions, and creative styles, the industry is touching upon. If you are bored with mainstream series and want to try something region-specific and new, then Android Kattapa is a good watch for your weekend movie nights.

Android Kunjappan Version 5.25 is a Malayalam film that was dubbed and released as Android Kattapa in Telugu. It is a comedy-drama written and directed by debutant Ratheesh Balakrishnan Poduval. Suraj Venjaramoodu, Soubin Shahir, Kendy Zirdo, and Saiju Kurup star in the film produced by Santhosh T. Kuruvilla. Bijibal composed the film’s music, Sanu Varghese headed the cinematography while Sajju Sreedharan edited the film. 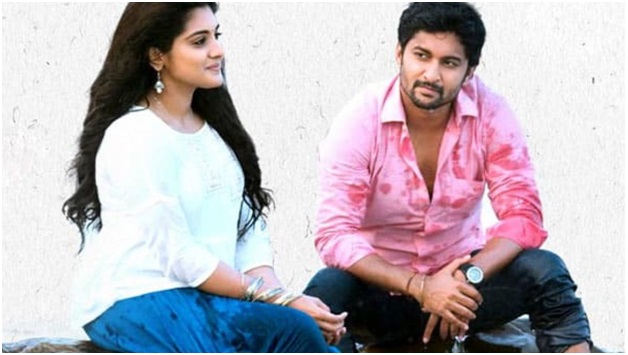 Android Kattapa follows the life of an older man Poduval who is dependant on his son Subramanian and scared of being abandoned. This causes many issues as the old father doesn’t settle well with any caretaker his son assigns for him. When Subramanian gets an opportunity to work in a Japanese company based in Russia, he goes for it.

There he befriends a japan girl Hitomi, and from her, he learns that she built a care robot for her late father, who had Alzheimer’s. Finding a solution to care for his father while continuing with his job, Subramanian builds a robot and names it Kunjapaan, the latest android robot version 5.25, hence the movie name. What follows is the relationship between Kunjappan and Poduval forms the rest of the plot. Android Kattappa is a heartwarming tale between a living and an inanimate object; it will make you laugh and enjoy like how it did for the critics and the audience, being a successful film with a unique plot.

To watch movies in Telugu with new and fresh plots like Android Kattappa, get your hands on the latest subscription plans on the OTT Platform AHA’s official website, which streams content in the Telugu language.